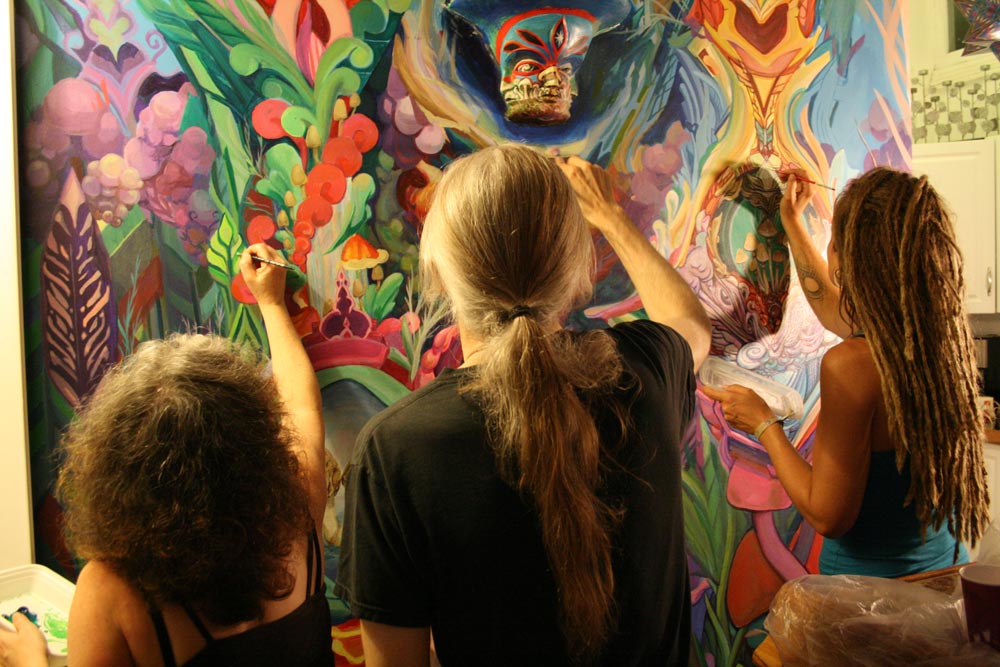 
During her Artist Retreat at CoSM, accomplished painter, Joness Jones was invited to initiate a mural in The Mushroom Cafe. After an exquisite beginning, Joness went back to Arizona. Collaboration began when Amanda Sage, Randal Roberts, Alex Grey and Allyson Grey merged their creative stylings to further complete the mural in a 12-hour painting marathon that lasted until 2am. Look forward to further mural enhancement from visionary luminaries joining us in the future. 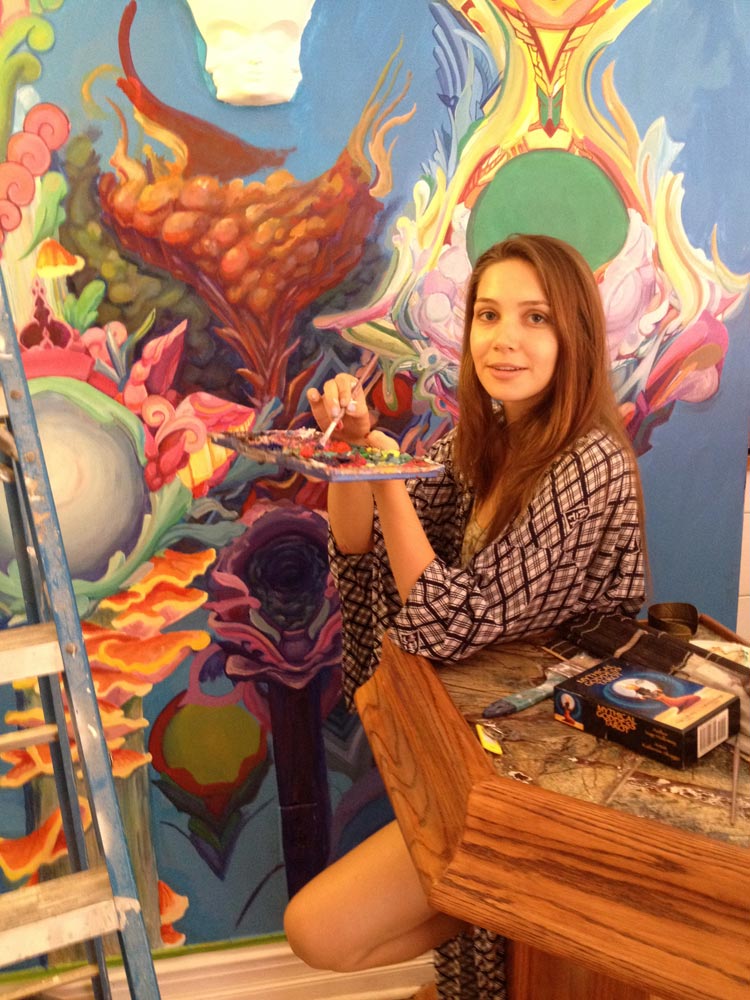 The initiator of the mural Joness Jones. 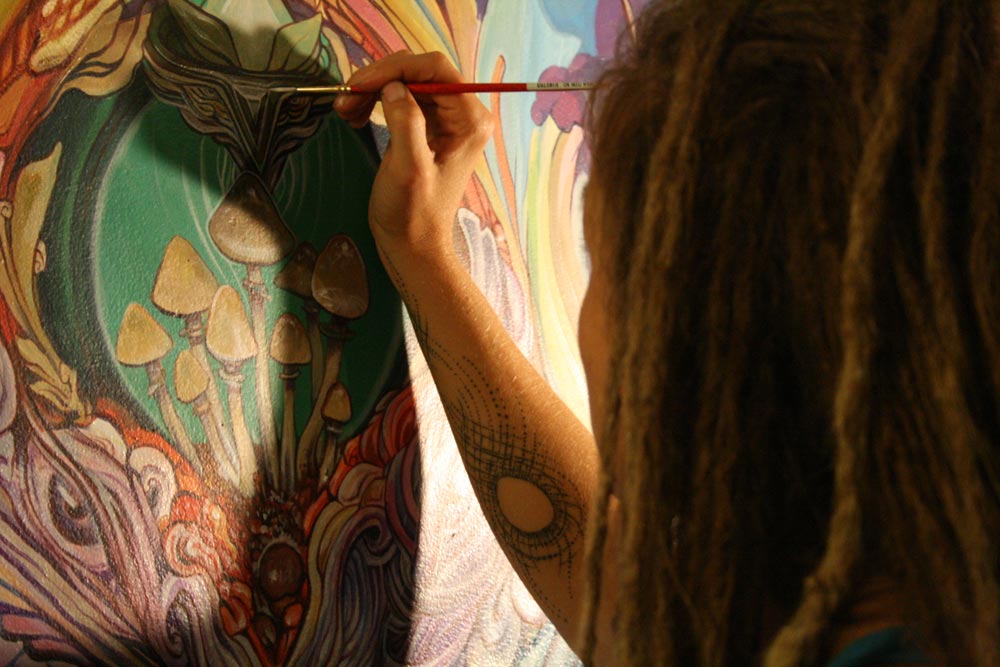 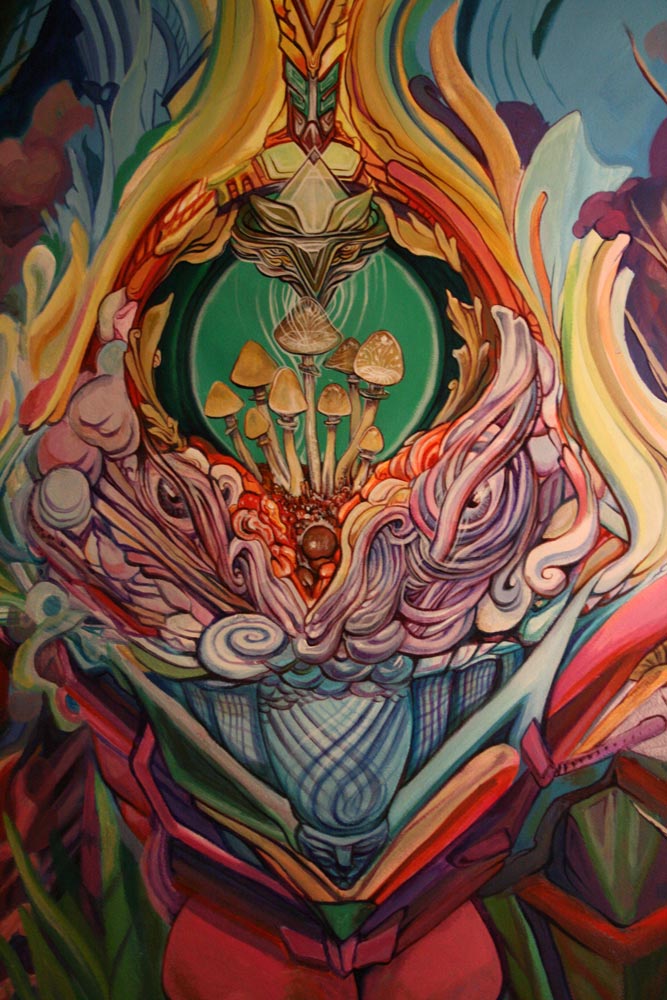 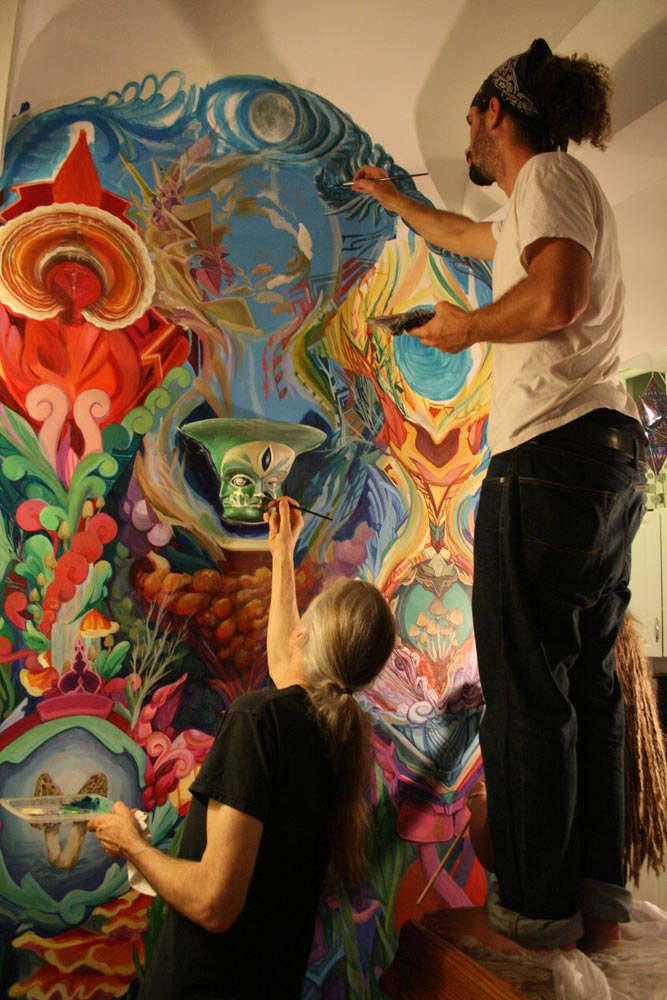 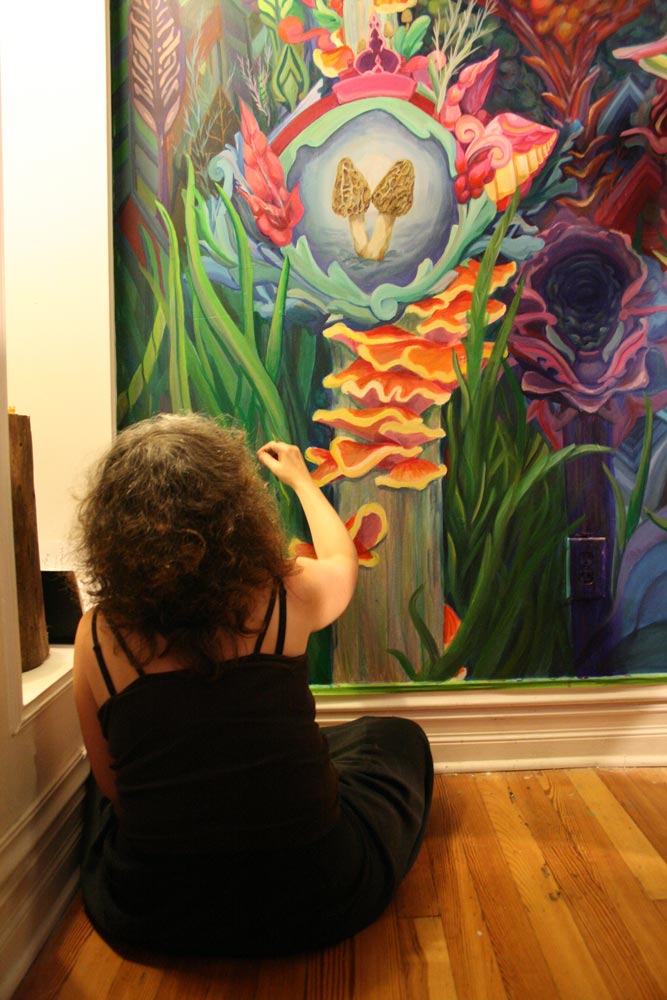 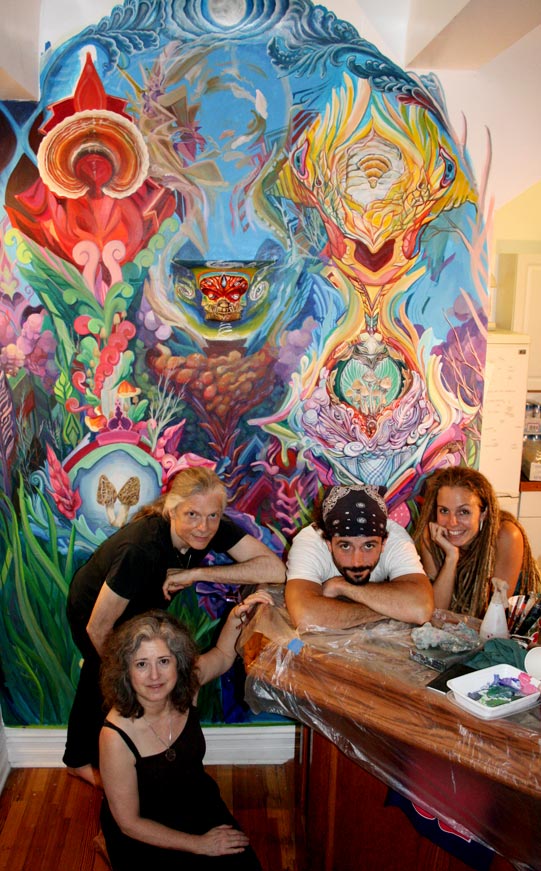