The Perennial Philosophy or “eternal religion” that runs through all religions, is the ground of CoSM’s integrative spirituality.   The mystics of each faith affirm that the journey of our Soul, is a shifting from our fear-based defensive body/ego identity through disciplined practice of the mind evolving toward psychic awakening, and toward expansive spiritual liberation.  Mystics testify to the Ultimate Reality and priority of the transcendent Voidness of the Ground of Being, yet affirm it's unity with all dimensions, emphasized as the Oneness of monotheism and the non-duality and Sunyata of Eastern Dharma traditions.  As the creative director of each moment of our identity, we can choose to identify with the contractedness of the ego, or with the eternal self. The Ancient Egyptian Emerald Tablets tell us, “As Above, So Below.” Heaven is brought to earth through the imagination.

Genesis tells us that humans were “made in the image of God.” The likeness of humanity to it’s Cosmic Creator, a microcosm related to the multidimensional macrocosm, is mystical insight revealing our true identity as a sacred mirror.  When we are creative, we align our being with the Cosmic Creative Force, the Source our being. In the flow of creativity, we become a node, a shining outpost of the One Being that unites all beings. "The Divine Imagination" was how Blake referred to his inner world. He made a bookplate stating “All Religions Are One,” a statement that echoes the voice of Mohammed in the Koran, “To know oneself is to know Allah.”  From the perspective of oneness, planet earth is a sacred place where beings with the possibility of recognizing their Cosmic origins, can experience the miracle of life's consciousness evolution.  Preserving the diversity of life on planet earth then becomes an obvious priority to ensure the continuity of gifts offered by Creator to bless the world. All mystically informed Visionary Art embody visually these essential teachings. The goal of CoSM is to build a Sanctuary of Visionary Art to support and renew the sacred creative lives of a global community. 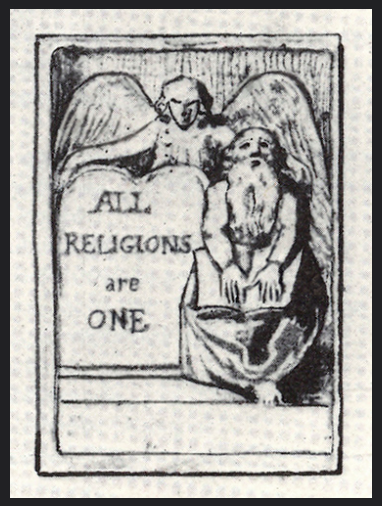 It is just our good fortune that one of the worlds experts in the subject of the Perennial Philosophy, Dana Sawyer, will be our guest at this weekend's Visionary Salon. A professor of Religion and Philosophy, expert on Asian Religions, Dana is the critically acclaimed biographer of two great luminaries in the world of consciousness investigation and spirituality: Aldous Huxley, author of The Perennial Philosophy (among many) and Huston Smith author of World Religions (among many), A truly experienced and delightful speaker, who is published widely, Dana will offer a visual tour entitled "Touching the Void: the Perennial Philosophy of Aldous Huxley, Huston Smith, Joseph Campbell, and Stanislav Grof." Join us on Saturday evening to learn about the "sanatana dharma," an 'eternal religion' implicit in both the natural world and the human spirit." Huxley called this all encompassing yet essentialized teaching “unitive knowledge," an experience reported by mystics of all traditions. We will paint and draw during the workshop, feel free to do the same. Bring art materials.

During the dinner break, we'll socialize around fireplaces in the Parlor and in the Library. The Mushroom Cafe will serve beverages, panninis, wraps, homemade mushroom soup and baked goods. CoSM Shop will be open.

Return with us to the Library after the dinner break, when we will interview Dana and address audience questions on the ultimate knowledge of reality, and essentially, who we are.   www.dana-sawyer.com

Join us at CoSM for a Visionary Salon with Dennis McKenna, ethnopharmacologist, research& pharmacognosist, lecturer, author, and Director of Ethnopharmacology at Heffter Research Institute, a non-profit that investigates therapeutic uses of psychedelic medicines. Bringing us the science of cognitive liberty with his humor and grace, Dennis joins his brother, Terence McKenna, in being one of the leaders of the current psychedelic renaissance. 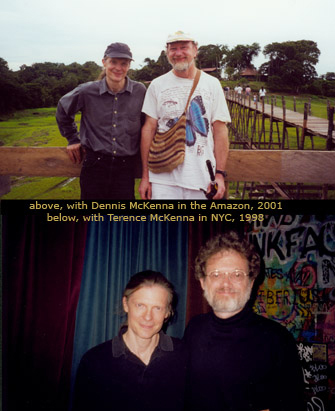 Don't miss this weekend of Psycho-Ethnology with dear friends.
Love,