The city-wide Tucson Gem Show is the largest annual U.S. gathering of professionals and appreciators of the precious and colorful fruits of the earth. At this annual festival, Alex and Allyson joined the Tucson Gem and Jam, where the Love Tribe gathered to celebrate the "diamond clarity" of the visionary realm. Gem healers profess qualities of vibrational resonance from jewels and crystals, claiming that certain stones can offer specific benefits such as peace, love and empowerment. Scientific proof of this theses may be debated but the emotional and psychological rewards that come from contact with beautiful, highly prized gems has been commonly reported since ancient times. 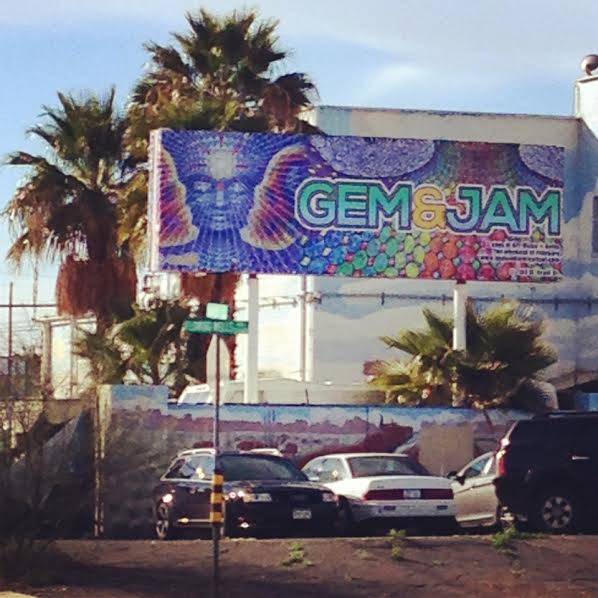 Tucson Gem Show takes over the city the first weekend of February. The Love Tribe took over a vacant lot and turned it into an indoor/outdoor festival grounds for a few thousand friends. 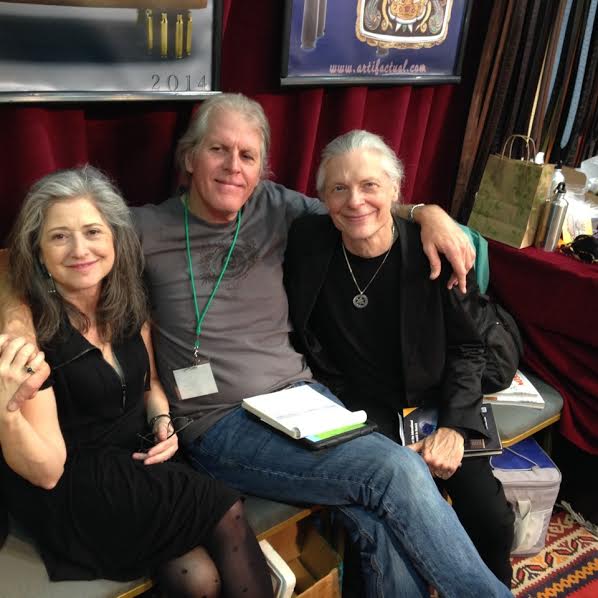 Allyson, Lee Downey and Alex chillin' in Lee's Artifactual booth a the Gem Show. Lee lives most of the year in Bali where his business has infused and supported the economy of a village of bone and antler carvers. Look for Artifactual in CoSM Shop on-site and soon online. 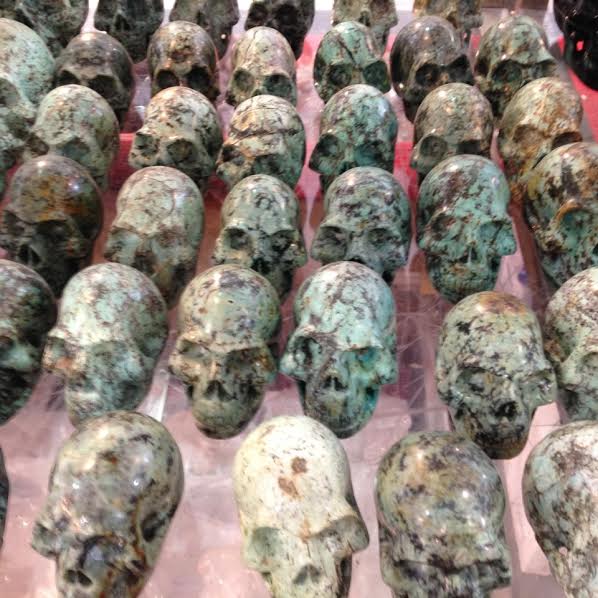 A case at the Artifactual booth. 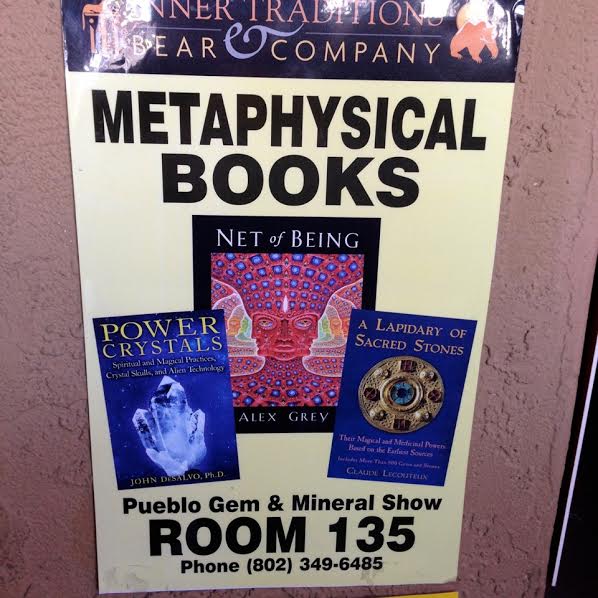 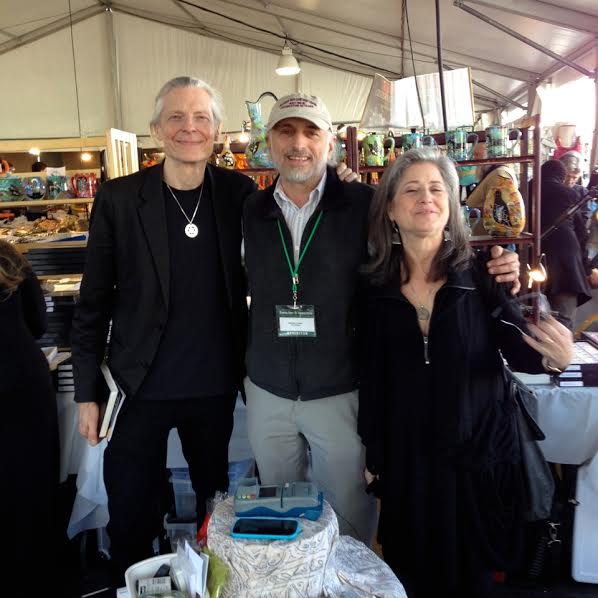 Alex, Garrick Beck and Allyson at Garrick's gem booth. Garrick, who has been a gemologist and gem dealer for forty-some years, is best known, perhaps, for being one of the founders of the Rainbow Festival. Some say Rainbow started with Woodstock (New York) in 1969 and some say got started at the Human Be-in (San Francisco) in 1967. We hear this year's Rainbow Gathering will take place at a National Park somewhere in Nevada or Utah, in July 1-7, 2014. welcomehome.org 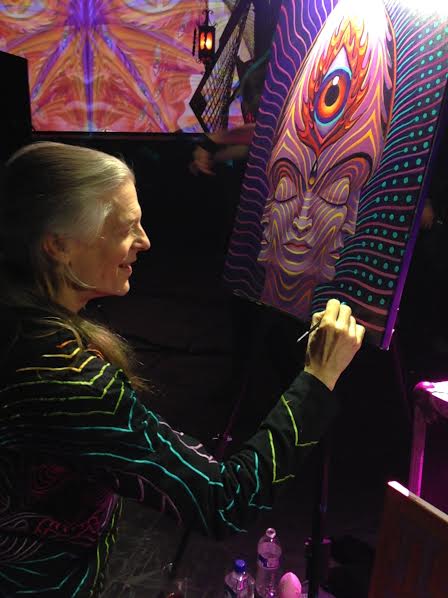 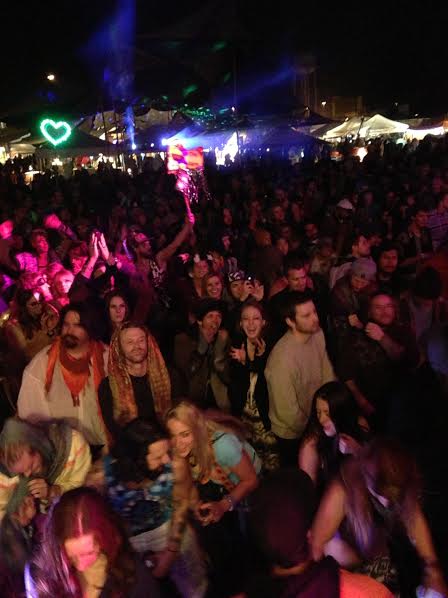 Thousands turned out for the three day Gem & Jam Festival in Tucson, a February annual. 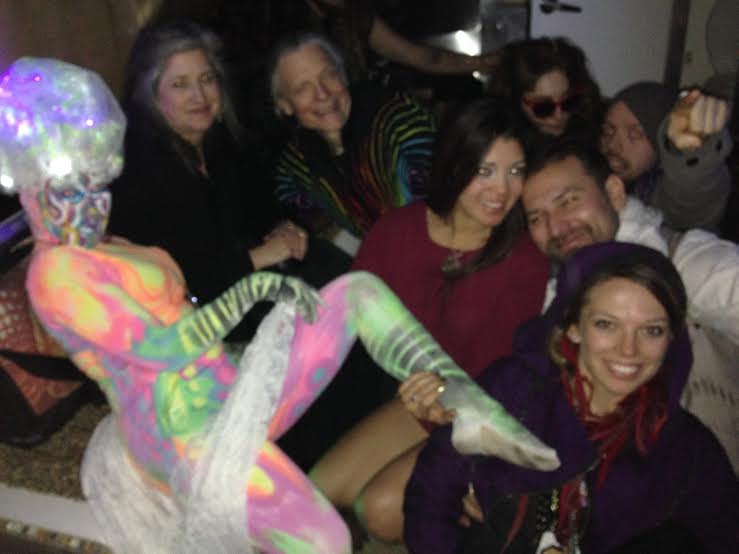 Some folks really dress up for the Gem Show. 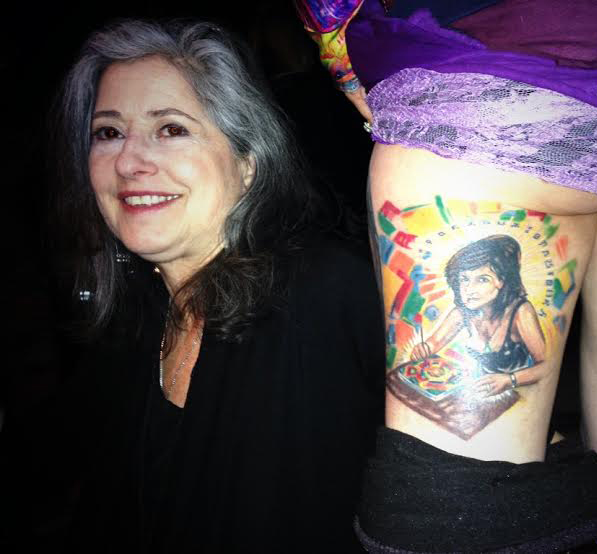 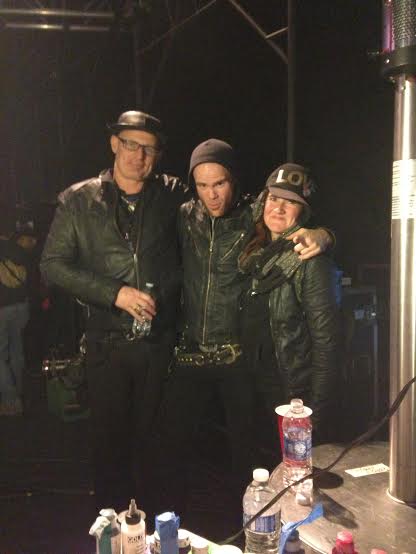 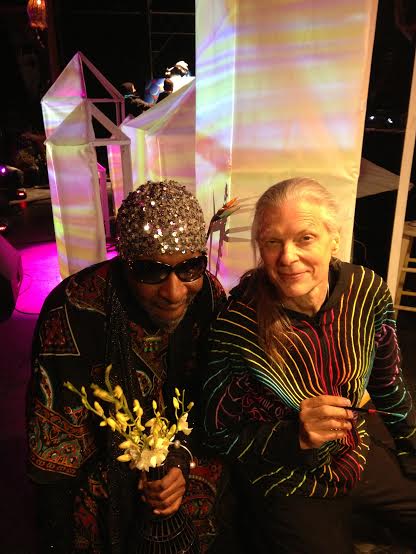 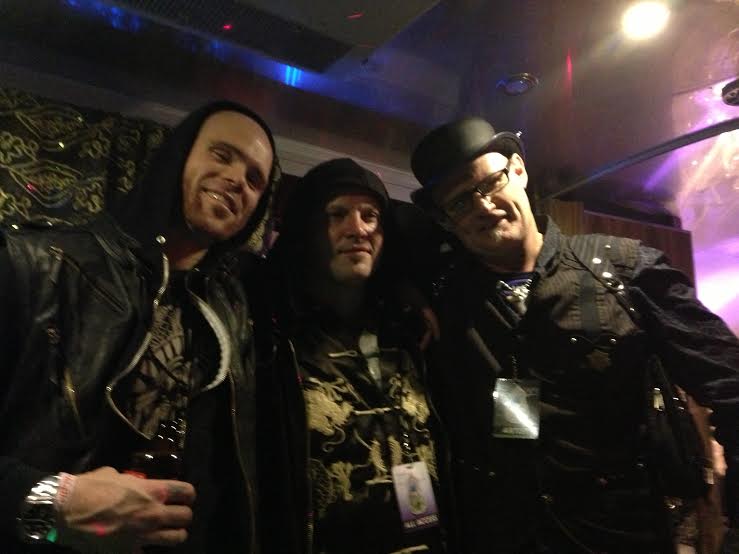