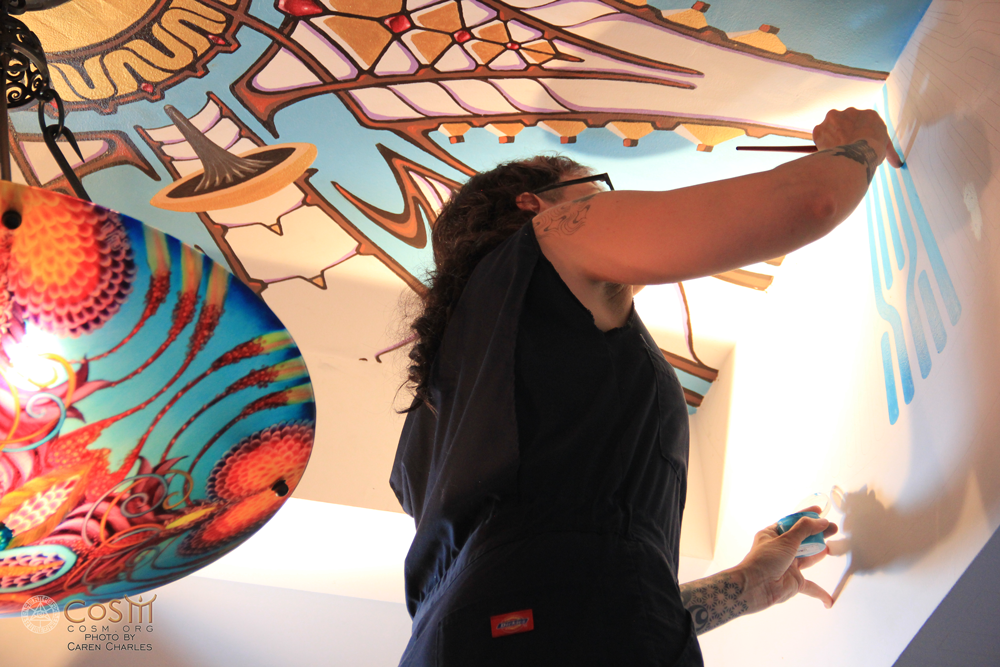 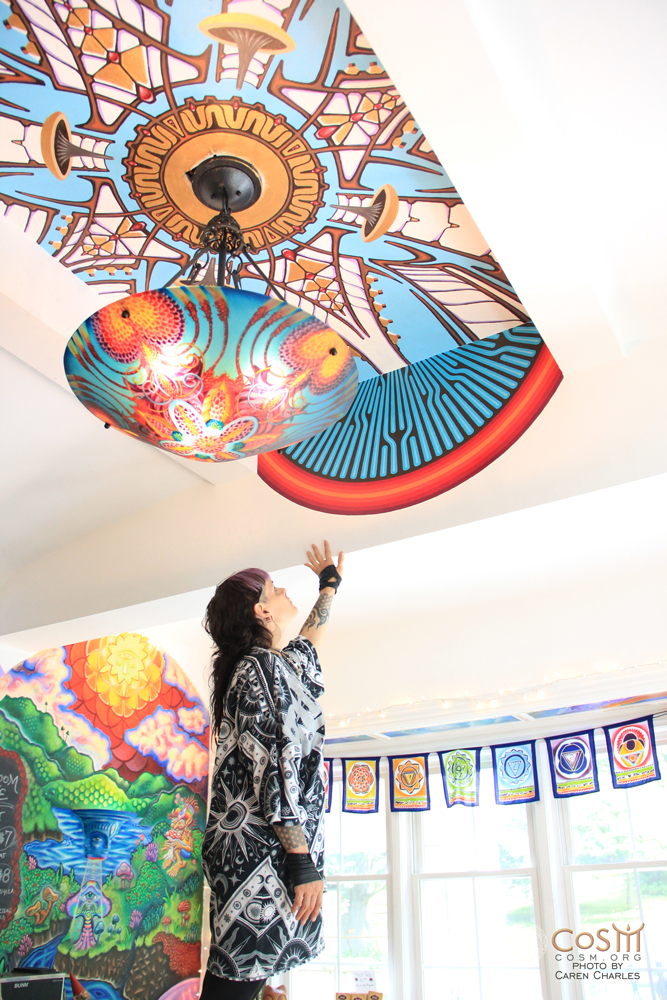 The artist stands with the finished piece.

Vibrata and Xavi's mural can be seen by the light of Ulla Darni's painted glass chandelier during CoSM open hours and events.
Come see it to believe it! 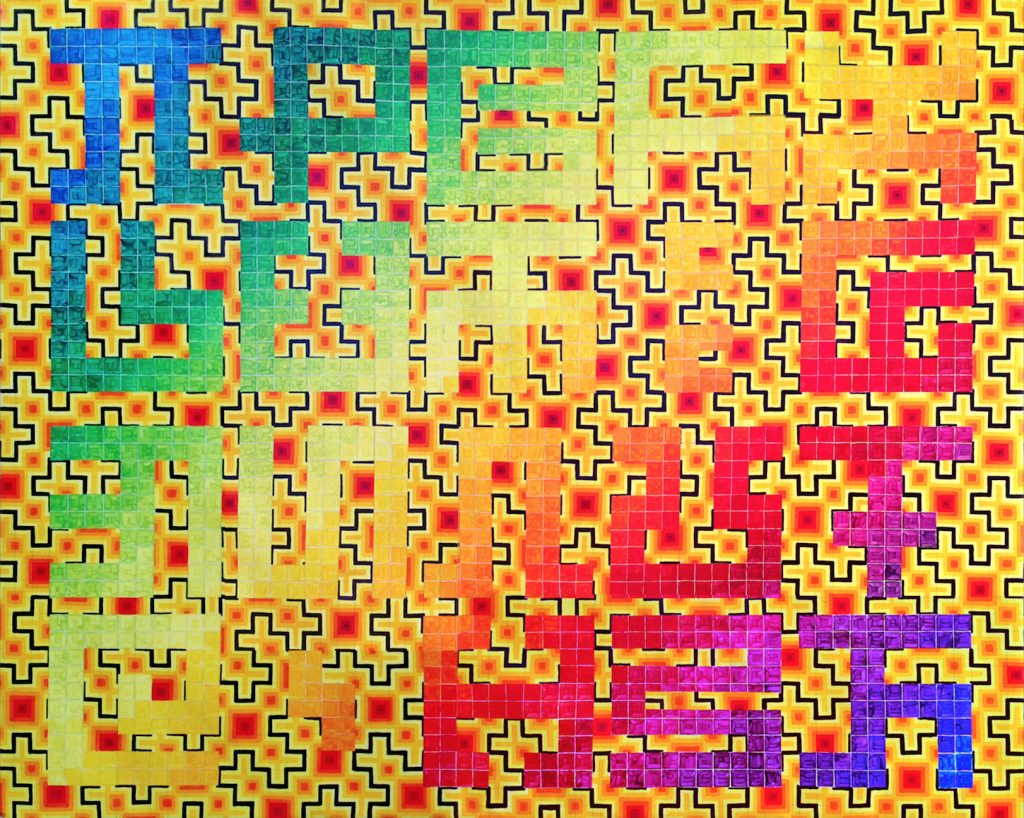